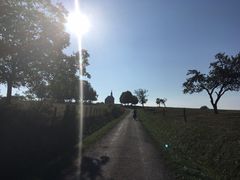 It's the unknown around the corner, that turns our wheels
- Heinz Stucke

Nothing feels so good, as yawning wide and open, when you think nobody’s watching. You shouldn’t do that when you’re racing down a hill with 40km an hour though. That gaping hole is one big fly trap with plenty of room for anything that flies. I’m not sure what I caught, but Remy suggested that it might be a big dung fly - we were cycling through an agricultural area - and for it’s size and taste he just might be right. It tasted very bad. On the plus side I have enough proteins for the coming days. Bon appétit!

To be honest, we both were not impressed by this cycle route along the Meuse. There were wonderful sections along the way, and it’s very special to follow the river to the source where it doesn’t look like much. But large parts were quite boring. Or are we spoiled rotten by our trip through Scotland??

The author of the route guide we use has added a whole cycle route which we appreciate very much. This goes from the source all the way up north to Nancy and Metz. This was a beautiful route! Shortly after the source we came in a valley with forests and every now and then a small village and quiet roads. Eventually we got to Canal de l’Est. This canal is built in the river valleys of the Meuse, Moselle, the Coney and the Saône. Here we cycle paths along the Moselle that are part of the French bicycle route network. Apparently just to give the route a name, the route was called Véloroute Charles le Témeraire. In other words Charles the Bold cycling route. Charles the Bold was, among other things, Duke of Burgundy and he died on the battlefield near Nancy.
These wonderful bicycle paths are recently created over old towpaths alongside the canal, but every now and then there is a peace missing. The route guide then guides you over normal roads, but because those are detours, we chose to be bold like Charles and stuck to the towpaths. These paths are real towpaths. No hardened surfaces and a bit hard to do, but we were curious and have broad tires, so it all worked out.

Nancy is a wonderful place. In the evening we enjoyed a wonderful light show on the famous Place Stanislas (world heritage) which was projected on the hotel de ville.
It is also the place where we sat on a terrace and decided to change our plans for the rest of our vacation. This sometimes happens when we’re traveling. Instead of following the route along the Moselle, we now cycle over the Vennbahn to the Netherlands. A route that goes from Luxembourg city to Aachen. The advantage of this is we’ll cross the border of the Netherlands on Friday or Saturday cycling with the last stretch by train. The disadvantage is that the logo of the newsletter doesn’t fit any more....

We just left France and are now in Luxembourg.

If you look here on Instagram, you’ll see how we set-up our tent in 12 seconds and break it down in 11 seconds. 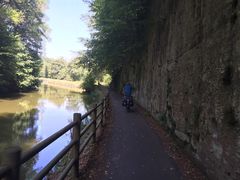 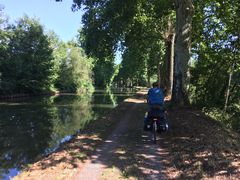 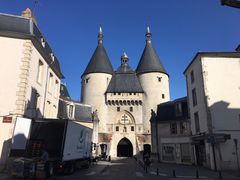 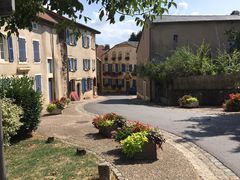 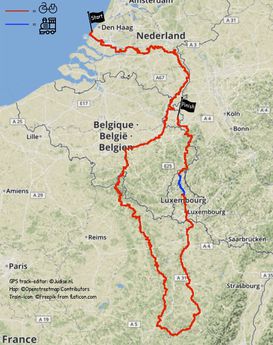