(= The Van Gogh-route : cycling with Vincent between Nuenen and Auvers-sur-Oise) 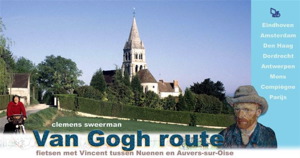 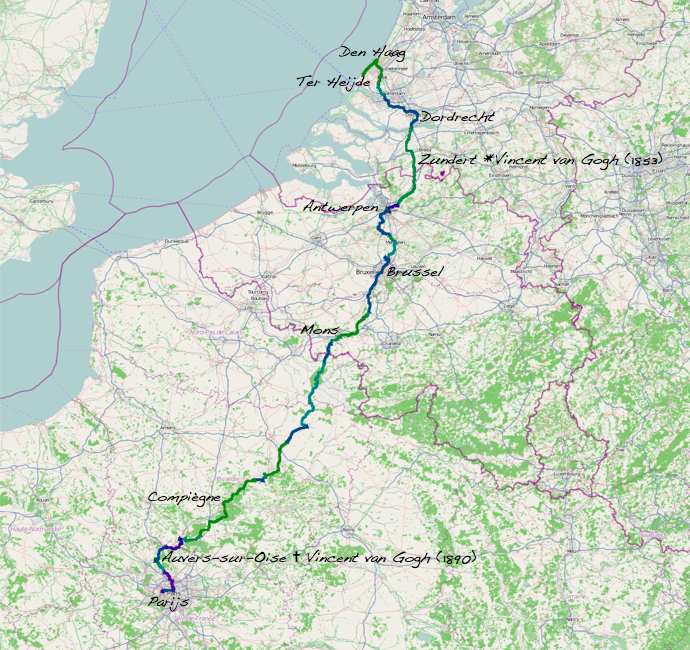 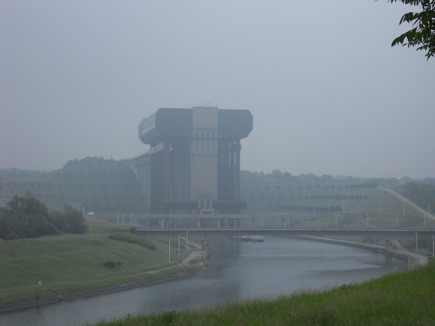 We’re in Paris! We arrived at the Gare du Nord last Saturday, after 730 kilometres in lovely weather. It was a beautiful cycle route, getting even more so the further south we went. We certainly didn’t take the shortest route. Leaving home, we first went north to The Hague, where we picked up the Van Gogh route. Van Gogh didn’t mean much to us but, after all, it was the only route to Paris via Brussels. But the further we got, the more Van Gogh fascinated us. We rode past all sorts of places of importance in the famous painter’s life. Near Paris is Auvers-sur-Oise, where we visited his grave.
We had marvellous weather all the way! The first few days were even a bit too hot and we only had a few heavy showers on Tuesday afternoon. It was 28ᵒ C. when we got to Paris. Now we are on a camping site in the Bois de Bologne and yesterday we cycled in the centre of Paris. It was suddenly10ᵒ cooler.
Cycling through Paris is a lot easier than we expected. It is, of course, very busy but there are cycle paths and where there aren’t any, you are often allowed to use the bus lane.
Today we want to climb the Eiffel Tower and visit the Louvre. Tomorrow we shall probably move on. 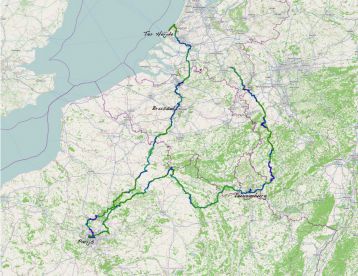