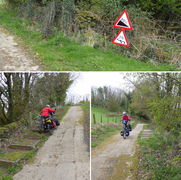 North of Hadrian’s wall everything changed. The weather, the landscape, even steeper hills, bad internet connection, our cycling progress and auch... that Scottisch accent!

Tired and hungry, we leaned on the reception desk of the campsite. In front of us different maps and brochures were laid out and the lady who received us kept on about what we should visit. She recommended pretty much every highlight in Scotland and if she had her way we would be cycling for a year. Politely we heard her out, but we were so tired that most of what she said went past us.
Every island, every Loch (a lake) and castle was praised by her “you really should go there!” but then she frowned and added “but I’m not a cyclist”. Which was in my opinion a very wise comment.
But still, indeed we would like to discover the whole of Scotland, but we have to make choices.
The distances per day are shorter then we’re used to and this is not only because of the many hills, but the sightseeing and other visits as well. We find sea shells on the shore (how do I bring the good ones with me without breaking them?) and visit a pub every now and then.

Besides Scotland is quite bicycle friendly. There are national cycle routes that are well signed along the road and in the larger cities there are bicycle paths. Still we don’t see a lot of cyclists which is not that strange since a very few routes are flat. The exception was the island Arran. Suddenly we weren’t the only people cycling and how proud I was about myself when I took over a couple walking their racing bicycles up a hill with an inclination of 17% on my loaded bicycle.
Anyway, Remy already broke a record while cycling up an inclination of 30% (see picture)

Near Ayr we saw a bicycle service station (see picture). On a large sign was an instruction on how to repair a puncture. There was an assortment of tools available, a bicycle pump and on the other side there was a fine peace of bicycle poetry:

Unfortunately the lady of the campsite did her tale in vain. The next day we started a careful planning and we felt our vacation was much too short. We may need to take the train.

The weather is fine again. We left the cold at Hadrian’s wall. Since we entered Scotland it warmer up a bit and it’s (very) cloudy. The first day in Scotland we had some rain but that fell at the end of the day. The wind turned as well and on our first day we had a strong head wind at 8 Beaufort.
Sometimes we have sunshine and the next moment it’s misty. Sometimes we feel some droplets, but before can call out “it’s raining!”, it already blew over. We had no use of our rain clothes yet.
Actually it’s fine cycling in this climate. And if it does get colder, we’ll just add some whiskey in our bottles! 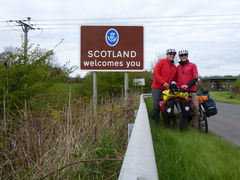 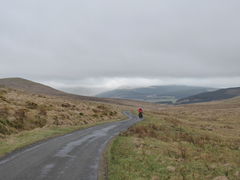 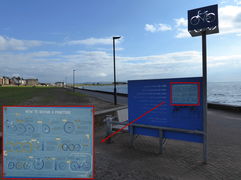 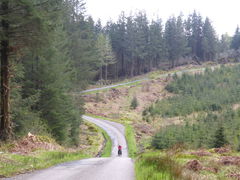 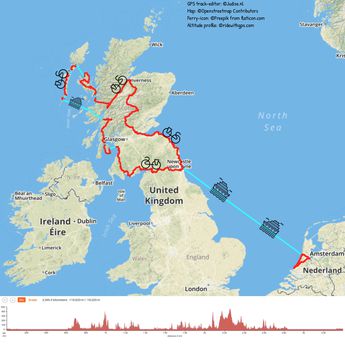 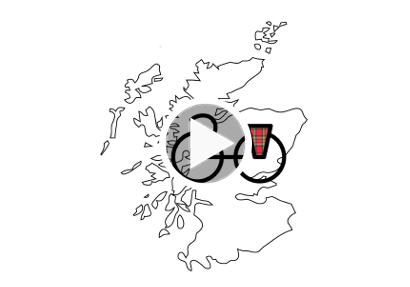