"Sure, you can leave your car here for a couple of weeks and you can also pitch your tent in the garden. We our selves are on cycle holiday though...". After that instructions followed on how I get inside and where I could find the toilet and the washing machine. I looked at the message in amazement. They don't even know me! Members of the Warm Showers* community are hospitable in general and don't get me started on the Norwegian hospitality. There's too much to tell, but this is on a whole new level!

It has been over two weeks since the last newsletter. Remy came for a week and we enjoyed a vacation together properly. It was only a bit of searching on how to have a vacation on four wheels in stead of two. Yes, with a car. How do other people do that?? We didn't really had a plan and with every option came the question: "where do we leave the car?". And within two days the inside of the car turned into a a incomprehensible mess. Oh well, at least it was great to be together again and in the end we managed to do a lot of fun things: hiking (we climbed over a real mountain!), swimming, threw snowballs, and went over a scenic route, of which we think it is wonderful, since it suddenly got foggy when we went over it. 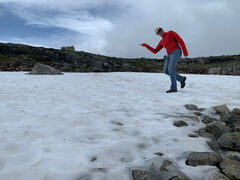 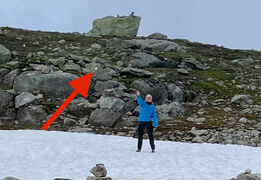 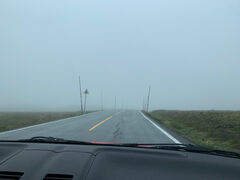 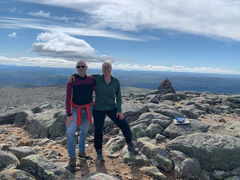 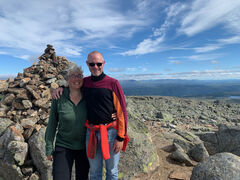 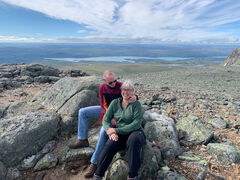 And now Remy is gone for a week and I returned to my work as well.

I started mapping the area south of Oslo for the new route from Kristiansand to Oslo. And about that route, I have something great to tell:

Drumroll….🥁🥁🥁 The ‘connection route’ has a name now: Kristiansroute. This name was chosen for it's starting point and the destination, Kristiania, which is an old name of Oslo.

I placed a naming contest on Facebook and LinkedIn: "Who can think of a suitable name for the connection route?". The name Kristiansroute wasn't exactly named, but three persons came very close.

Johan Koning was the closest with ‘Kristianspad’ (Kristians path). I did not opt for the 'path', but for route, because it suits a bicycle route better. Route in Dutch and English are the same and sound the same in Norwegian with "rute". And some of you might start wondering: "How about the Dutch Olavspad (Olav's way)?". That had 'pad' in its name. This name was not from me, but already existed.
Aside from Johan, there are two more people who made the connection with the old name of Oslo: Ageeth Bredewold and Ronald Bijtenhoorn.

In medieval time, Oslo was named 'Ánslo' or 'Áslo' and later 'Óslo' or 'Opslo'. In 1624 the city was largely destroyed by a large fire, but King Christiaan IV from Denmark and Norway, had the city moved a little tot the west and rebuild and gave it the name Christiania after himself.
A small part remained Oslo. According to the official spelling reforms that changed the 'ch' into 'k', The name was changed into Kristiania in 1877. In the same year, Christiansand changed in to Kristiansand as well. In 1925 the name Kristiania was changed back in to Oslo. The Original part of Oslo in the east was called Gamle Oslo or Gamlebyen from then on.

I did some checking if the name Kristiania was a sensitive issue, because of the Danish rule at the time, but it wasn't a sensitive issue. The route is still in the work, but here you can find some information on it: Kristiansroute.

For now my car is in the fescinity of Royken, on the west side of the Oslofjord near Trond and Torhild (of Warm Showers). From RoykenI cycled back and forth to Oslo. On map the you'll see why it takes so much time: a lot cycling is going back and forth.

I stayed two days in Oslo because I had an appointment with Anna of the Pilgrim centre (which?), and with  Øyvind, my inspiration and 'fellow cycle route creator'.  With him I went over the whole of the Kristiansroute.

When I got back at my car again,  Trond and Torhild were back from there cycling holiday. I stayed for a night and said good-bye to these two wonderful persons this morning. The car will remain there for a bit longer and I'll return later once I'm done with the whole area around the Oslofjord.
On this page of the Kristiansroute you'll see a map of how the route is going to look like. South of Olso there are three branches. Those three are the ones I'm currently working on. Once that is done, I'll descent further south  to work on the rest. If I'm done by the beginning of September? We'll have to see about that...

* We’re member of Warm Showers, an on-line community of cyclists for cyclists to help one another to provide a place to sleep. This can be a bed in a spare bedroom or a couch or even just a place in the garden to pitch your tent.
The whole system is based on mutual hospitality. No money involved.
We have had many guests in the few years we’re member as hosts, but we rarely were guests ourselves because we’re bad at planning. And it is nice for the host to know when you are coming a few days in advance. 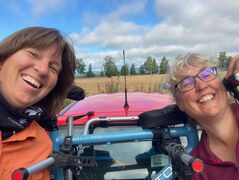 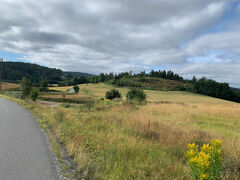 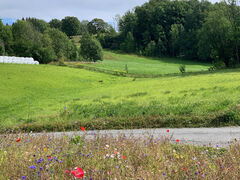 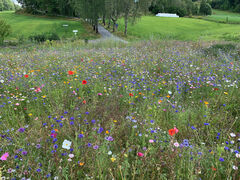 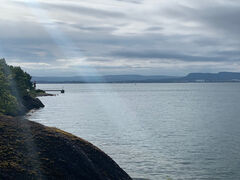 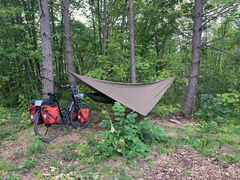 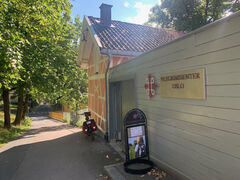 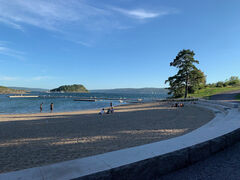 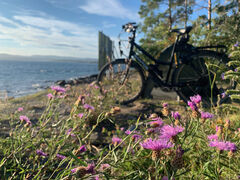 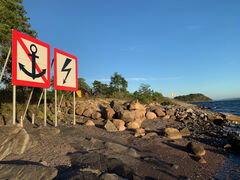 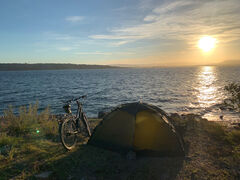 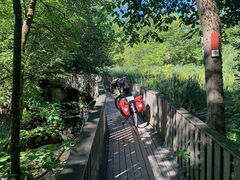 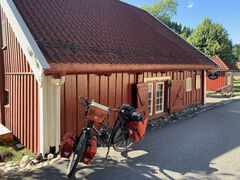 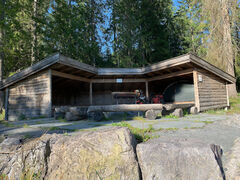 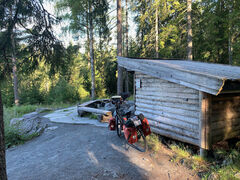 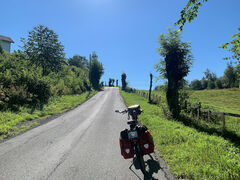 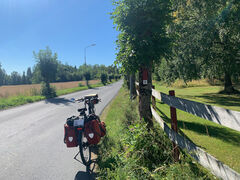 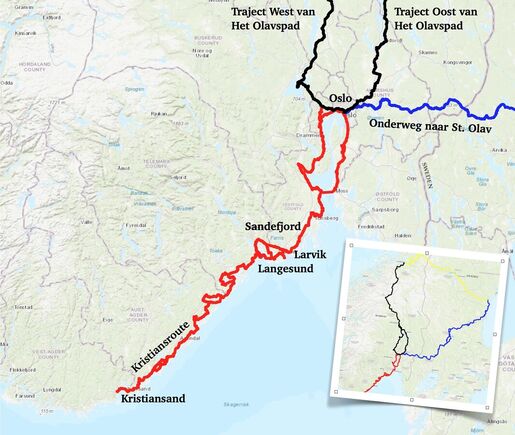 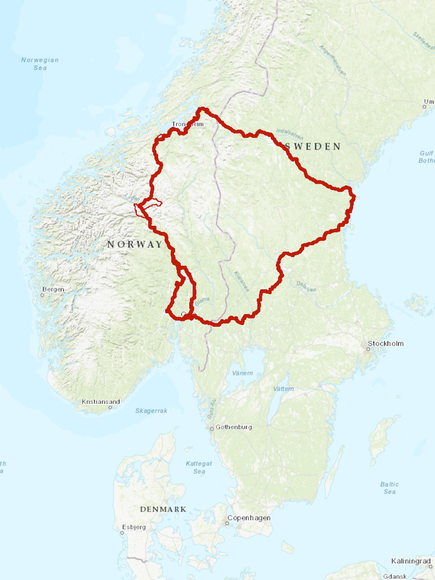