1. Working on the road 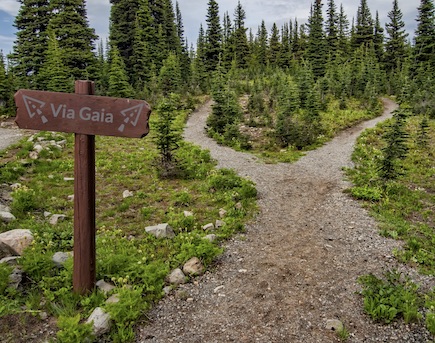 After a month the moment will arrive and the title says it already: I'll be working on the road. As in: On the road, working on the route. In other words: the St. Olavsleden* from Selånger in Sweden to Trondheim in Norway. And after that working on the guide for that route. But in the meantime, a new route came on my way....

It has been a year now since the guide on the Olav's way came out. At that time it seemed a very inappropriate time to publish a new guide for Norway: smack in the middle of the pandemic, Norway was still closed and people were too insecure to make any plans. And yet.... It sold very well. 'For next year' was the remark which was often given when it was ordered. I thought: that's all great and all, but I won't sell anything next year. But after the first wave, the sales continued steadily throughout the year. Not only to private people that ordered on my website, but also the whole sale market as in bicycle stores and book stores knew where to find me. Meanwhile, the books are also sold through Creanen, a large distribution centre in Belgium. They supply various stores for travel books and outdoor in Belgium and the Netherlands.

As for me, I like it better (as in I get more money out of it) when people order the book straight from me.

So far the commercial talk.

And now for the new route!

Since April this year, a new ferry service started between Eemshaven, in the north-east of The Netherlands, to Kristiansand in the south of Norway. And through this new service, Norway came a lot closer to us. Same goes for Oslo, the starting point of the St. Olav's way. Well, close... There's still some distance to cover between Kristiansand and Oslo. Over four hundred kilometres. At the moment I'm working on a bicycle route Kristiansand and Oslo. Here you can find more information about the new route: Kristians Route.

On Monday, June 13th I will go north and return home when I'm done. Probably at the beginning of September. Globally, the plan is as follows:

Apart from the research and managing various things beforehand, I'm also preparing myself physically! "Do you need to be fit when starting a bicycle trip?" is asked frequently. Well... yes and no. The fitness of your body develops as you're travelling, but if you are fit beforehand, you'll have less of a hard time in the first week. My stamina leaves something to be desired and for that reason I took one drastic step - for me at least - to work on it. Read about my exertion.

Greetings, and from Remy as well,
Gea

*Not to be confused with the St. Olav's Way from Oslo to Trondheim.