Today I paused at the Nobel Peace Center in Oslo and remembered suddenly what the Dutch Nobel Prize winner Ben Feringa said about cycling. That through the cyclical movement, relaxation, and looking around, people tend to get in the zone. This helps to free creativity. Esscher conjured up a lot of his drawings while cycling. I get my ideas for my blogs while cycling. On major drawback is that I can't write things down while cycling, so my blogs are a watered down version of what I conjured up while cycling. So that's what you end-up reading....

Besides Mr. Feringa said that is was no coincidence that he got onto the zone, because cycling in the Netherlands is very relaxing on the brain. This relaxation provides more than just getting from A to B as fast as possible.
Creating the route is more than going from A to B over the shortest route possible, but the most wonderful route possible. And I have to say this isn't that hard here in Norway, because it is really wonderful. Not a country where you can take on the hills easily though. It is hard since every road has some inclination. But you can certainly find plenty of relaxation: in the stunning views, wild camping, a swim in the cold water between the fjords and Norwegians calling "God tur!" as they pas you by while you're cycling. I had it all in just a few days.

The Olav Way is a hiking trail and last year I prepared the route together with Ria the writer of the Dutch hiking guide for the Olav Way. Ria could tell me where it is suitable to cycle and where it's impossible and to me the fine task of coming up with reasonable alternatives for the impossible parts. With information from third parties like Google streetview and satellite imagery I created the route, but you only know how good it is unless you try it by bicycle loaded with panniers.

And what I'm doing now for four days. Wednesday morning rolling off the boat after a leisurely trip with by red little car and bicycle at the back. At leisure I climbed over the hills (mountains will come later) to my first stay: a pilgrims inn where my car will stay for a while. From there I started cycling. Back to Oslo. Yesterday I arrived in Oslo and today I "checked" how to enter or leave Oslo in a nice way . With the many cycle paths and cycle lanes it's not that hard. strangely enough the Eurovelo 7 (an existing bicycle route that I wanted to follow part of the way) runs along the highway kilometers on end. For this part I found a nice alternative that I'll work on some more tomorrow. After that, I'll head north. In the trail of the Holy Olav.... 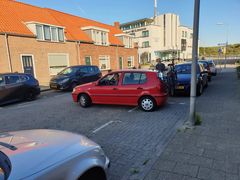 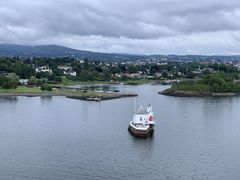 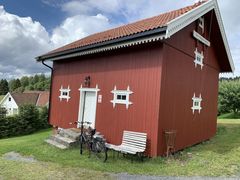 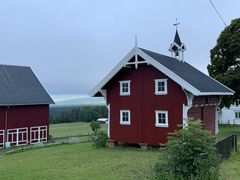 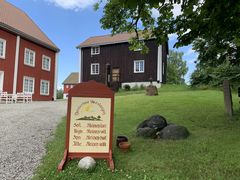 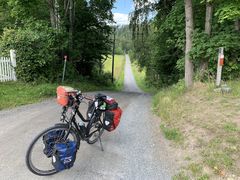 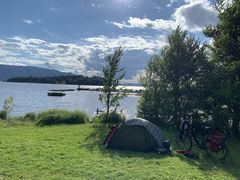 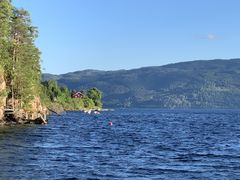 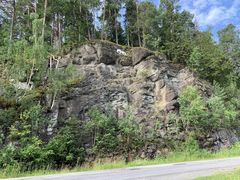 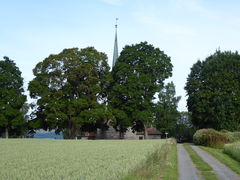 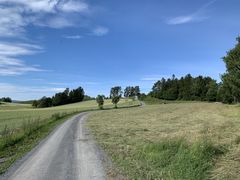 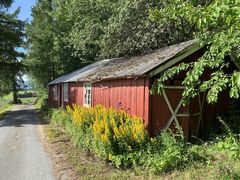 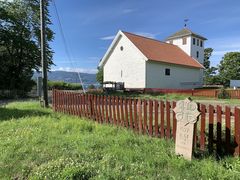 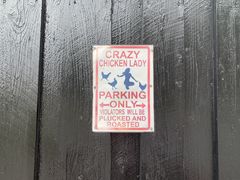 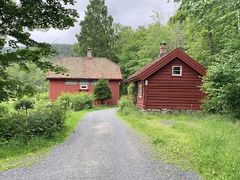 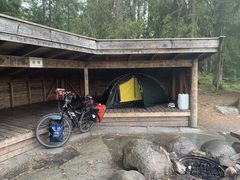 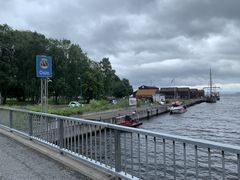 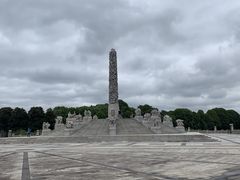 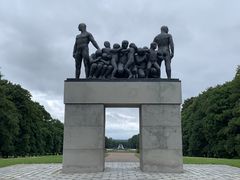 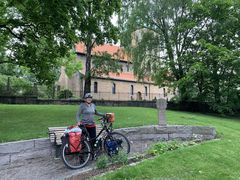 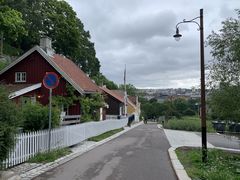 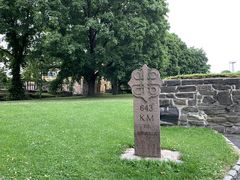 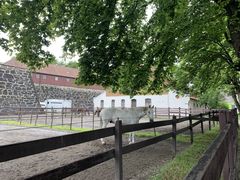 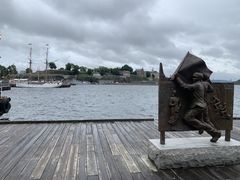 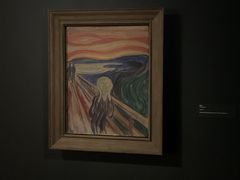