"You can't cycle there!"
The man looks at my bicycle, the path, and the at me....
"You're not going to make it!"
"Have you ever tried it?". I asked him.
"Me?! No way!"
The Olav Way goes left here and only if it's not possible to cycle, I'll look for an alternative. But I want to see it for myself.
"I'll just try it. And if it's no good, I'll return."
"See you in a bit then" the man said cynical. It won't surprise me if he watches me go shaking his head in disbelieve.
And so I started the descent. Even though it's over an unpaved road, it's good to do by bicycle. But what if he's right and the road becomes uncyclable after 1 or 5 kilometers? I'll have to climb back up all the way....

Fortunately the man had it wrong and the road stayed cyclable. But it does happen that I enter a road that's uncyclable after some time. The road becomes narrower and goes from a gravel road to forest path, from cyclable to uncyclable due to roots and rocks and steep up or down. Nothing else for it that to return. Sometimes for kilometers because it was fine up to that point. It a bummer, but yet I'm content about it, since at least I tried it, for it might have worked all the same. I can also point out why a certain route was not chosen after the fact and why a detour was necessary.

Sometimes I'm unsure, because I can ride it, but that might be a different case for someone else. So I cycle both the route I meant to make and an alternative route. This way people can decide what they want based on their abilities and the description in the guide. 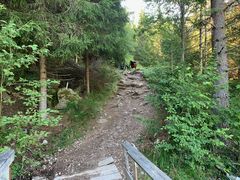 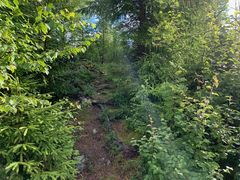 Per day I have very little progress. Only 40 to 50 kilometers. Not only because I cycle back and forth, but also the many pictures and videos I make while doing that. I stop around three o'clock because I get tired after that and start to loose my focus. I also loose the courage to try any promising steep looking roads.
Off course the GPS-data needs to be entered in the computer and I have to process all the notes (written and spoken).

And I have fun doing this! I'm really in my element. It's hard, both physical and mentally, but that's not a problem at all.
Meanwhile I completed checking the west and east route. If you look at the map on the right (or beneath on the phone) you'll see that you have a choice between Olso and Lillehammer. The east route is based on the medieval pilgrim route which takes you along many historical places. The west routes is greener and more scenic and you pass the place where Olav grew up. 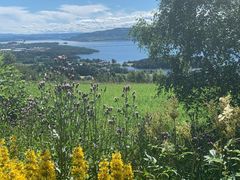 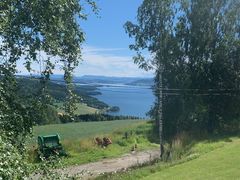 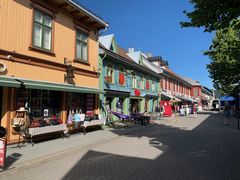 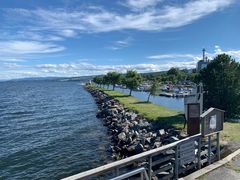 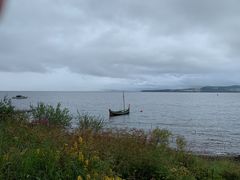 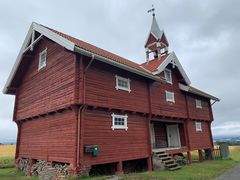 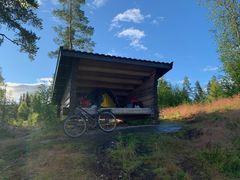 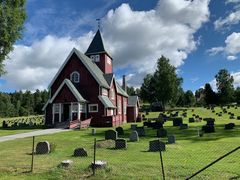 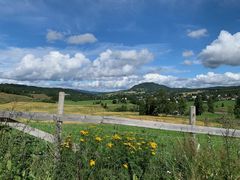 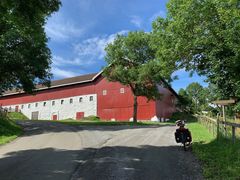 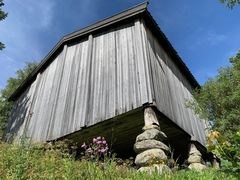 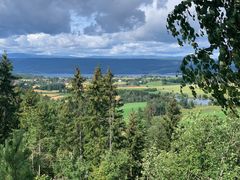 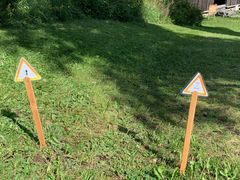 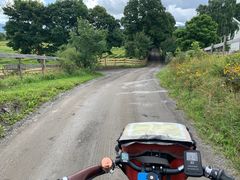 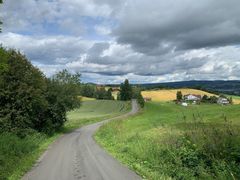 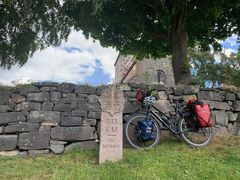 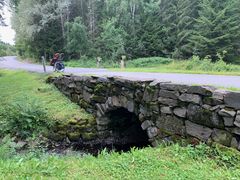 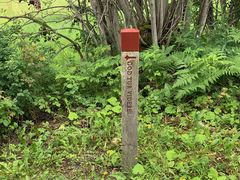 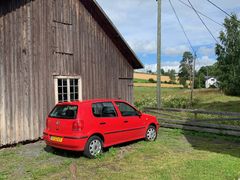 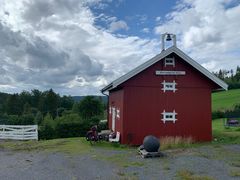