I'm home again...
The way back from Trondheim to Oslo was completely different from the five weeks I spent getting to Trondheim in the first place. Then again, maybe not. The only difference was the number of wheels and the speed. But the many encounters were... how should I put it? Very remarkable! And for the first time I was met with a very remarkable threat at 5 o'clock in the morning. And I did some camping in the wild...

Let me start with a statement: Camping in the wild - even as a woman traveling alone - in free nature, is in the least dangerous activity in Scandinavia and many other places on this world. Off course, apart from being very active during the day, you need your rest at night. Sometimes that's very hard to do because you hear a lot of sounds around you that you don't recognize. breaking of twigs, a wind flare that make something tick, animal sounds that are unfamiliar... But you get used to it and start to think: this is nature. In big cities, but in a small village as wel, it's inside and outside much more dangerous. Even during the day.
(And just to make clear: No, I'm not naive. Everyone who knows me, cat confirm that. But I digress.)
It becomes a whole different story when you hear footsteps just outside your tent at night. This happened to me in Denmark in 2007. It appeared to be a deer. The very scary experience in the beginning, gave me the courage to overcome this fear of camping in the wild. But sometimes you just don't see it coming...

I was sleeping as a log after 92 kilometers cycling from Trondheim. I pitched my tent on a grounds of Uleberget. On these grounds stand a couple of old sheds and an abandoned 'husmannplass' (= small lease farm on the land of a farmland owner). The grounds are property of a museum and you're allowed to camp there. There's even a tap for drinkinkwater and a compost toilet. A semi-wild camping site.
In the middle of the night I got a rude awakening. My bicycle was standing right next to my tent and it sounded like someone was doing something to my bicycle. Next something or someone was shaking my tent.
In the back of my mind I was thinking about an animal, but I still got a little scared and as my heart was pounding in my throat, I called: 'Who's there!?' - not sure why I chose English as language in this situation, though... I grabbed my glasses, without which I couldn't hope to see the perpetrator and rushed the tent open, only to stand face to face with the monster that ignored my call completely and only wanted to shred my tent - with me still in it - in to little bits: a small robotic lawn mower.

I'm not enamored with these little devils to begin with, since they have a mind of their own with merely the intent to shred everything in its path. At least that how I see it.
Angry at the monster for the rude awakening and still somewhat sleepy, I grabbed the mower and turned it into a direction away from the tent. This made no difference whatsoever because it just turned around and came right at me. Hanging half way out of the tent on one knee and one leg stuck in a sleeping bag, I was in a very hard position to fight a robotic lawn mower. I tried it once more, but being a good robot, it swiveled around and followed the orders given to it. Meanwhile I managed to win from the sleeping bag and got to stand up to see if I could break a record discus throwing. Just in time I noticed a big red button on the robot with 'Stop' written on it. This seemed to me more effective solution for me and cheaper for the owner of the device. I pressed the button and it stopped immediately. Like it froze. I picked it up and placed it in it's charging station where it could lick its wounds.

Luckily there were other encounters as well on my way to Oslo which were remarable in a different way. That same morning I got some groceries in Rennebu and was aiming to stop by Joar and Mangi on my bicycle where I enjoyed a lunch over coffee the week before. After a 20 kilometer trip up-hill I still hadn't had my breakfast apart from a energybar, but still managed to restrain myself from buying everything in the supermarket I could get my hands on. As I was filling up my empty stomach on a bench in the sun, I was thinking 'imagine Joar driving by here'. The thought wasn't completely formed as a car stopped. Joar. He was very surprised to see me. "Would you like to come over for some coffee? Magni is at home and would be very happy to see you! I'll be right there". Ten minutes later I was having coffee with Magni. And in the same way the coffee went over in to lunch . In the meantime Anna, an illustrator, came to visit as well. Joar was writing a book and Anna came by to show some concept illustrations. I was asked to join them and to provide my opinion. Honored but a bit uncomfortable I accepted the invitation. In the end it was a very pleasant experience and my misgivings quickly evaporated. Joar and Magni offered to give me a ride to the camping in Oppdal where I had left my car the week before. I accepted the offer gratefully since the weather was expected to take a turn for the worse. It was only after diner we drove to Oppdal. I was incredible grateful for not having to cycle the last 50 kilometers in a thunderstorm up-hill!

Going to Oslo from Oppdal should be doable in one day by car if it wasn't for some appointments I had on the way. First was Hans-Jakob Dahl from the Pilgrim center in Hjerkin. Next I stayed for the night in a Pilgrim hostel in Ringebu (again) with the Dutch-by-birth Janke. She wasn't home herself, but told me the words: "you know your way there".
The next apointment was with Tone Stræte of the prilgrim center in Hamar. I had met Tone two times unexpectedly 'in the wild', but now we had an appointment. I stayed in Hamar for two nights.
My last two night were in Oslo where I had one appointment with Øyvind Vold las Monday. All the previous appointments were with poeple from the Olav's Way to talk about specifics in their area.
Øyvind on the other hand was put on my path by Mattias from the pilgrim center in Trondheim. "You really need to have a chat with him! He is a cyclist and writes cycling guides and has publicatons about bicycleroutes in magazines".
Meeting with Øyvind was unbelievable inspiring! We both were impressed by each others work, as in: I was impressed by his publications and he was impressed by my research and how the route was put together. He had some extra information for me en I left with the offer that I could call him if I needed help with anything. I got this offer from all the people from Olav's Way!

And so ended my first - physical - part of the work on the Olav's Way bicyle route. The coming months will be spent writing the bicycle route guide.

Now for some numbers:

Special thanks to (From south to north):

Tusen takk for your help and inspiration!

And in closing I would like to thank Remy for is support.

Note: I started every newsletter with a (slightly) adapted and loosly translated verse from the song "Onderweg" from Willem Vermandere. Coincidence or not, I was able to match the verses with the story and just finished the the verse I started with. Because I'm longing for going to mountain land and the cliffs, with a forest along the waterline once more.
But first I'm on my way to the next destination: publication of the route guide! 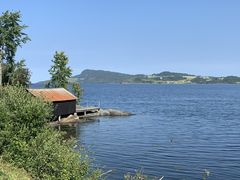 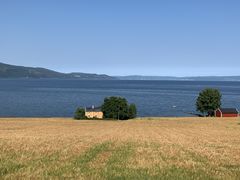 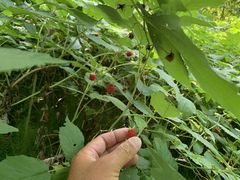 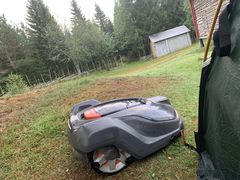 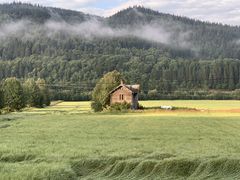 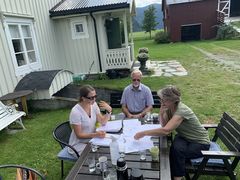 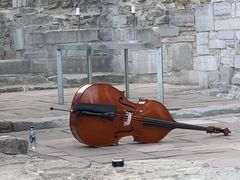 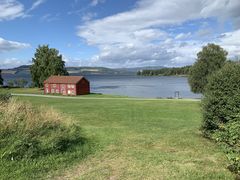 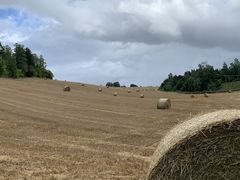 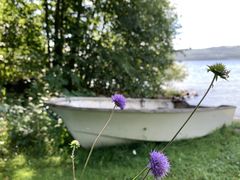 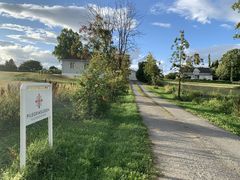 Here are some pictures of Oslo you won't see in most travel guides: 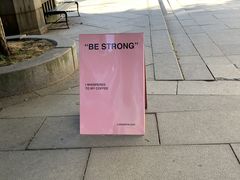 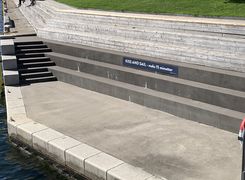 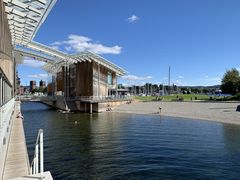 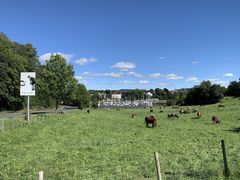 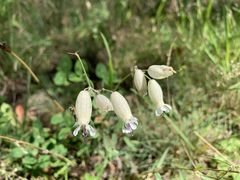 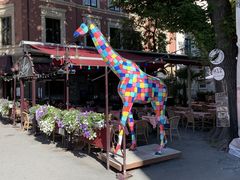 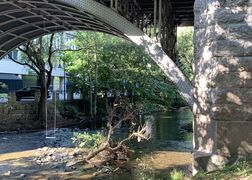 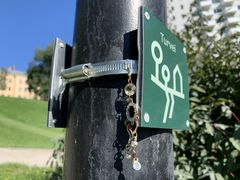