Somehow I made a mistake in designing the route. How it happened is a mystery, but the route ended up going over a non-existing road.
And there I was, at the point the non-existing road would have started. In front of me were some bushes and trees on a very steep hill-side. The road behind me existed as expected.
So, I had to go back and the only alternative to continue was a highway, because the Olav Way that is a bit higher-up it is not cyclable.
In Norway you may - if there's no other way - cycle over the highway. But it is no picnic (don't worry, this won't end-up int the route guide!).
I cycled another 50 meters over the highway and realised that I forgot something very important: I forgot to put on my seat-belt on!

I realised I had to keep my hands on my handlebar, so there was no way I could put my seat-belt on.
Before you question my sanity,: This all happened in a split-second. No more. Not even two splits of seconds.
Oké, I'll confess that I indicated a right turn by sticking out my right hand. While driving a car. And sometimes I realise I forgot my bicycle helmet. Again while driving a car.
And there was this one time I almost drove up a bicycle path. With my car.
Well, as long as it's in my mind and not on the road, I guess it's fine, as long I don't actually drive up a bicycle path with a car, you can sit easily next to me in the car, even on my right side…

Back on the highway. As mentioned it's not very pleasant. Even though they drive much slower than at home in the Netherlands and you have plenty of room, it's just not very pleasant. You have to be alert all the time and you cannot lose your focus.
This time around my suffering was alleviated: I received a message from Goos an hour earlier. Goos and his wife are a Dutch couple who migrated to Norway and now live on the west coast and I know them through my work with my previous employment. "Are you near Ringebu? My wife thought she saw you cycling!"
After some messaging back-and-forth: "We'll honk if we see you again!"
Since I tend to go over small country roads, I thought it highly unlikely.
But right on that piece of highway I heard a modes honk behind me and next I see Goos and Alie waving as they took me over. That was very funny to experience.

As you go cycle back and forth, you can discover new option on the way back. This way I found a wonderfull alternative for the piece of the route mentioned earlier. Unfortunately it deviates far from the Olav Way, then again, it wasn't suitable for cycling pilgrims on their steeds of steel to begin with.
Another advantage of cycling back and forth, you get to enjoy it twice!

By now the stretch Oslo - Ringebu is all done, with the east and west routes included. De car stays put for a little longer and I'm now traveling north and return after 7 to 10 days time to Ringebu. After that I think of doing the final stretch (hopefully). 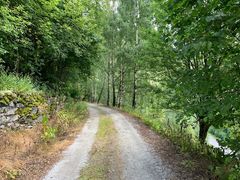 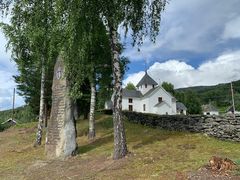 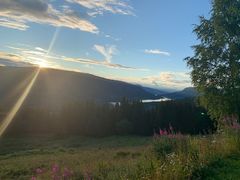 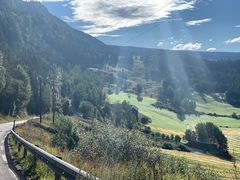 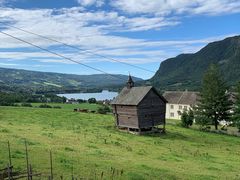 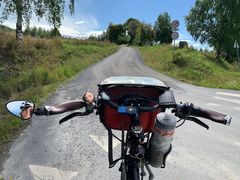 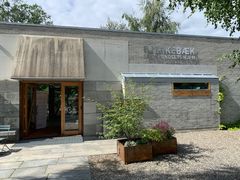 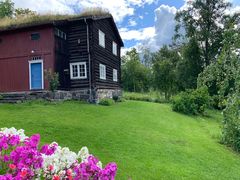 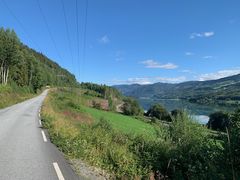 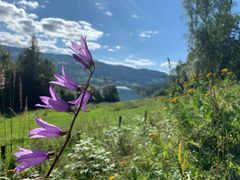 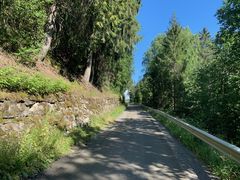 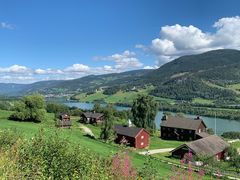 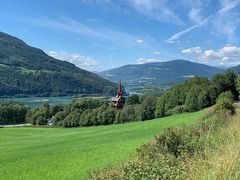 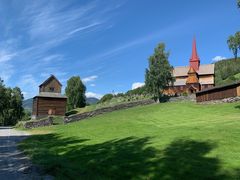 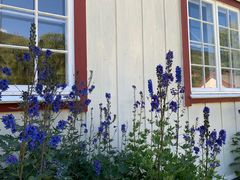 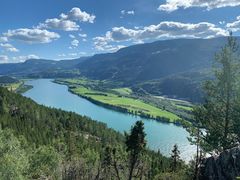 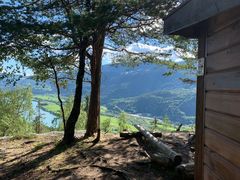 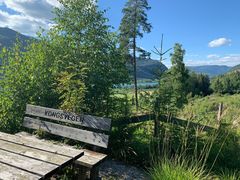 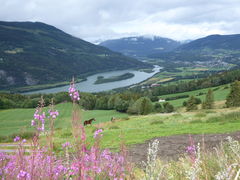 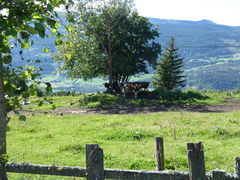