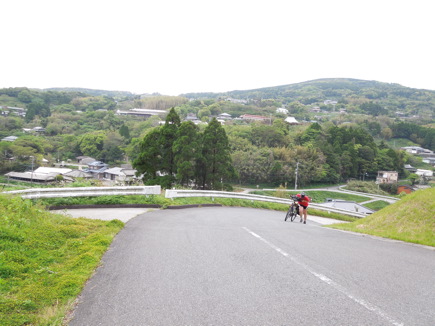 They’re not so bad after all, the Japanese mountains. In my first e-mail, I thought they would be like the Alps, but in reality, the truth was slightly different.
But Japan is like a huge washboard. With only a few exceptions, we have climbed at least one (little) hill every day. The exceptions are then very boring: straight through cities, traffic light after traffic light.
But we often consciously choose to climb. Although it is much tougher, it is also much more beautiful but sometimes we are disappointed. To cycle round Shikoku, we chose to go through the interior of the island instead of taking the northern coastal road where all the larger cities are. We thought there would be a lot of climbing to do and reckoned on it taking four days. To our surprise, we saw the mountains on our right and left, but the road itself remained fairly level. After two days, we had crossed the whole island but were left feeling we hadn’t chosen the most beautiful route.