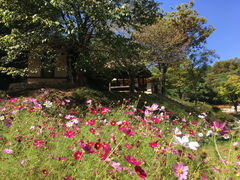 After three weeks cycling in South Korea, we’re set to take the ferry to Japan.
We’ll have to wait a bit for the tropical storm (typhoon) Tapah to blow over. In the mean time the ferry won’t sail to Japan. The waiting is done in an shabby guesthouse in Busan. We got ourselves some food for the weekend and we’ll entertain ourselves with reading, writing and Netflix....
It all sounds very thrilling, but the most thrilling up till now is a small shard off glas that I stepped in with my bare feet, with which doctor Remy could put his basic first-aid certificate to use...

In any case I have the time and opportunity to tell you how we experienced South Korea. Up till now I wrote very little about what we thought about South Korea, that had a reason: in the beginning I didn’t know what to think. In the first week I asked Remy what his thoughts were about South Korea which was: great. Comparable with Japan.
I had a different view. If you have been cycling through Japan previously it’s unavoidable to compare the two. I was missing something, but couldn’t put my finger on it. After three weeks I think I know the answer: South Korea and the Koreans are much closer to us with their western culture than Japan. You see far less surprises. While modern life and technology and old traditions go hand in hand in Japan, in South Korea they are very distinct. The city is very modern, while the countryside is very traditional in the sense of being old fashioned. We saw no rituals or traditional dressing in their daily lives.
Even though there was plenty to be surprised about, we noticed that the Koreans are more loose, spontaneous and chaotic in nature than the Japanese. Where Japanese make a deep bow the Koreans nod with an capital N (not a modest western nod), but it’s not a bow. Where the Japanese - in their function - always smile and bow friendly, The Korean can seem indifferent or businesslike. The meetings on the road were very diverse. Some won’t even look at you while others smiled, waved and called encouraging words. But in general the Koreans are friendly, amicable and generous. We were overladen with (eatable) gifts!

A number of Koreaniceties. or niceties and remarkable things about South-Korea: 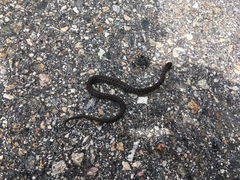 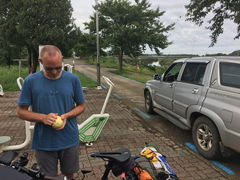 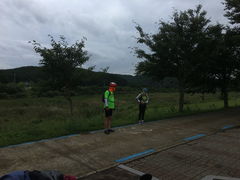 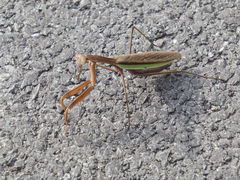 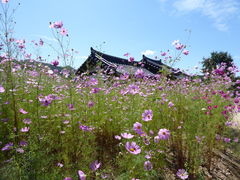 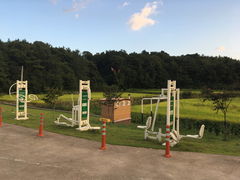 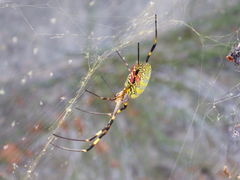 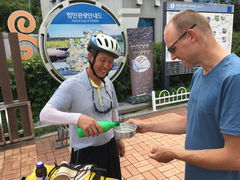 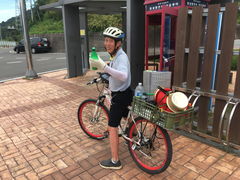 Cycling and camping in South Korea

Here I want to make a more extended article on my website, but here is a summary for now:
South Korea is somewhat adjusted to cyclists. There are a lot of bicycle paths, bicycle lanes and amenities like bicycle pumps, cleaning stations, public toilets and convenient resting areas with benches (often sheltered). On the other side there are some very bicycle unfriendly aspects right at the places you wont expect them. Poles that are broken off that leave standing-up edges or screws, screws sticking out of otherwise wonderful wooden bicycle paths, Trees in the middle of the bicycle path, Very steep parts that make even Great Britain look flat and parked cars, bus stops, resting (sleeping!) old people on the bicycle path...
In short you have to look carefully and then im not even talking about the motorists who always take way in complete disregard of traffic lights at pedestrians crossings. Zebra crossings give no right of way here!
In the rural area or countryside, cycling was much more relax. Car gave you a wide berth and didn’t drive too fast. We liked cycling there because you get to see villages and hamlets where you made contact with the locals more easily. The laid bicycle paths on the other hand avoid any village and thus made shopping for food so hard to plan.

South Korea is a wonderful country for camping. It’s almost a national hobby and in the weekends there’s much camping being done. There are a lot of campings with varying facilities, there are also a lot of possibilities for camping in the wild. There are countless Jeung-ja (shelters) where you can pitch your (self supporting) tent, often with a toilet building nearby. Especially along the Four River Trail, we had plenty of choice.

That’s it for now! We would love to stay a little longer, but at the same time we cant wait to get to Japan. Maybe we’ll come back again some time... 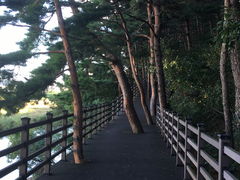 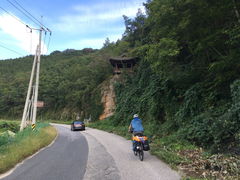 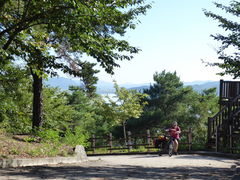 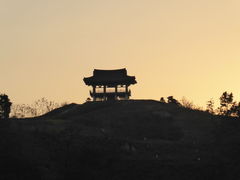 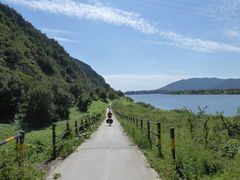 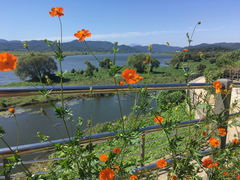 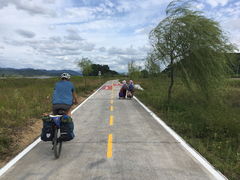 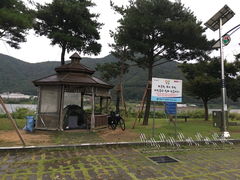 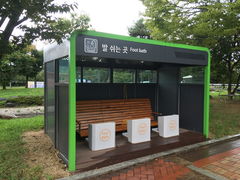 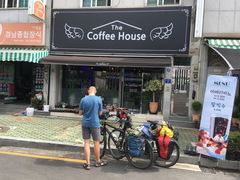 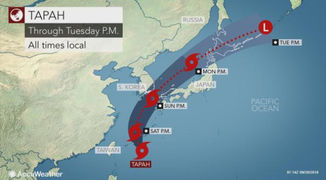