13. On four wheel through Japan

“Wasn’t it cold last night?” “Where do you have breakfast? On this bench here?” “Here, I have a thermos with instant coffee and something sweet for on the road as you cycle!” Our last camping spot was almost a 5 star resort. We stood in a smal park in the middle of the city Osaka and were woken by some people from the neighborhood who were sweeping the park. Very neatly around our tent. Just under an hour later, we were standing together with twenty (elderly) people  doing some morning exercises.
And so ended our Sunday morning, our last night in our tent. 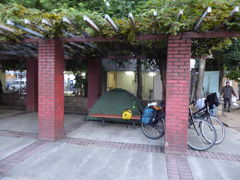 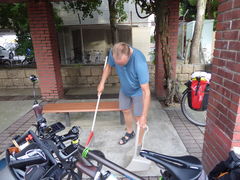 Saturday we arrived exactly At 11:58 o’clock at the carillon in Itami. At twelve o’clock Gerda, a friend of ours, would give a concert and we were afraid that we wouldn’t make it. The amount of kilometers wasn’t that much (45), but we had to rush straight through Kobe with her multitude of traffic lights. We arrived - out of breath - and just as we stepped of our bicycles, the first bells sounded. In a nick of time. 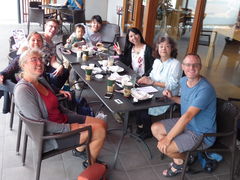 From Sunday afternoon were with the same Gerda and her husband Menno in a very nice AirB&B in Kamo, a small village northeast from Nara and instead of ‘two wheels’ we’re moving ourselves on ‘four wheels’.
While we thought that this mode of transportation wouldn’t be adventurous. Boring, you don’t get to see anything, you don’t get to feel the wind, you don’t get to hear the birds sing or the splashing of the waterfalls...
This is accurate to some degree, but it did get exciting after all. Maybe it was because of the plastic bottle of 2,7 liters of water that ended was Sake after all (my fault) and Remy made green-tea-sake from it (tasted quite good, so no problems here), or three people trying to navigate at the same time (see last picture), but we managed to get lost in the Japanese mountains and all the dashboard lights lit up, so the car had something of a Christmas tree.
Than you end up calling the Japanese roadside assistance service - phone was put on speaker so we could all enjoy the performance - and you get the question (in English!!) “Do you speak Japanese, Korean or Chinese? No? I’m sorry, I cant help you, you have to call the following number....”. We were parked on a parking lot of a convenience store and next to us stopped a taxi. We almost dragged him out of his car to let him have a look. It seemed he had magic hands, since he touc a couple of buttons and the Christmas lights were gone. And what did we do that day? Well, we didn’t walked though the mountains, we didn’t ride the cable car, we didn’t visit the enormous temple complex. This was all the we had planned to do. In stead we had a drive of twelve hours in total for a walk in a graveyard of one hour. And fully in style of our environment we had coffee and A peace of cake. On the other hand, it Is the oldest and most beautiful graveyard of Japan. And yes, it is wonderful, we might have had second thoughts about sitting in an car for twelve hours to visit a graveyard. 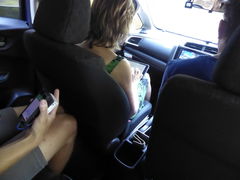 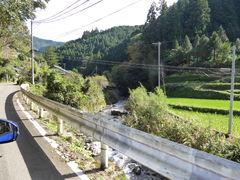 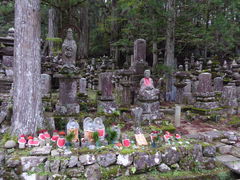 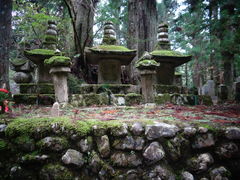 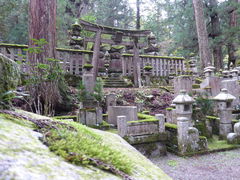 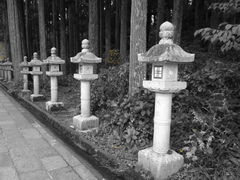 Fortunately there we less exciting car trips. I can assure you by the way that after seven weeks cycling, being driven around in a car feel super luxurious!
Leisurely we sit in the back of the car and every once in a while we remark “wow, that would be a tough climb by bicycle!” or “This would be a wonderful descent” and “Oh, look at that wonderful spot to pitch our tent”. And in Japan you can’t drive as fast as we can at home, but that does drive more relaxed.
Tuesday we went to Misono, where the temple and the carillon is of Shinji Shumeikai* is, as does the Miho museum.
We went there with a couple of our Japanese friends, Chaiki, Eriko and Chako. Gerda played on the carillon there.

Tomorrow Remy and I will cycle to Osaka, to the parents of Chiaki. Chiaki's father will transport our bicycles in his van to the airport of Osaka because we can’t cycle to the airport since it’s on an island and the only way to the airport is over a bridge which is a highway. We drive from the parents house along with Gerda and Menno in their car. Friday we’ll stay a night in the Hotel and Saturday early in the morning we’ll take off and arrive Saturday afternoon around three o’clock on Schiphol airport.

See you soon in the Netherlands and Sayonara (until next time) Japan!
Remy and Gea

*Shinji Shumekai (Shumei) is a spiritual organization with the purpose to reach an ideal state of health , happiness and harmony for the whole of human kind by applying the insights and doctrine of the founder, Mokichi Okada (Meishu Sama). 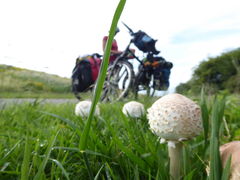 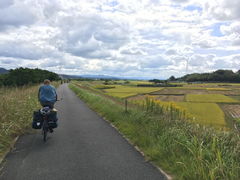 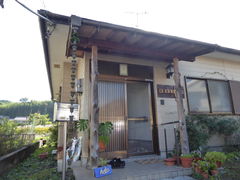 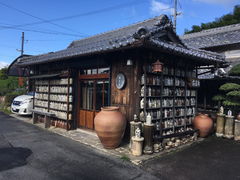 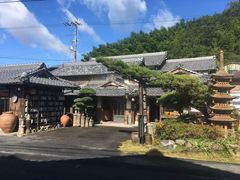 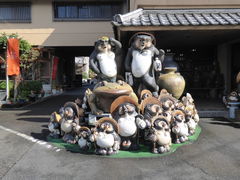 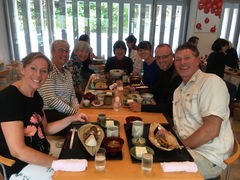 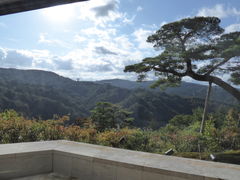 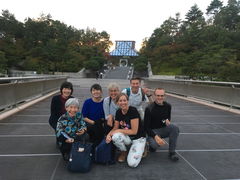 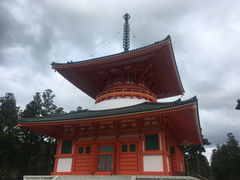