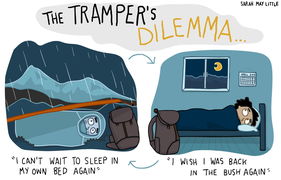 This morning we were right awake at 4:30 in the morning. Ready for the day to come and hungry for a good breakfast. “We have no food” Remy remarks. “Hmmm... and the supermarket isn’t open until 9 o’clock”, I said. The Remy who is slightly more awake said, “we still have miso soup left from Japan!” “Right!”, I call out, “and there’s still Japanese rice in the pantry!”. I’m suddenly fully awake and run to the kitchen and in no time we have breakfast in bed, Japanese style: a bowl of miso soup, a bowl of Japanese rice and green tea. I can picture your eyebrows being a couple of centimeters higher than normal, but that might happen more as you see or talk to us!

I’m not saying that we’ll be doing everything in Japanese style, but some traditions - or habits - we picked up along the way are keepers. Especially the Japanese food. The Japanese cuisine is very healthy and we happen to like it very much. In 2008 Eriko taught me how to make (healthy) sushi and in time I added some recipes of my own to my repertoire. I could tell you all I know about the Japanese food, but this article from BBC Good Food says it better with the fitting title: “Why is the Japanese diet so healthy?” .
It speaks volumes that we both have lost weight, especially in the last five weeks which is in Japan. Remy lost five kilograms and I lost eight kilograms. And that’s not only cycling (during our trip last August along the river Meuse, at which I gained two kilograms!).

This is not the only reason I would have wanted to stay. By no means was I done with cycling and (wild) camping. So with some justification Gerda - with whom we tagged along these last days - asked me if it wouldn’t be very hard to readjust to the “normal” rhythm of everyday life and all its obligations that comes with it after two months of nomadic life. And that’s right, I have it after every cycling holiday. I even wouldn’t even want to call it a holiday, but rather a way of life. I’m actually a Namod Sapiens: always on the move; I like to go everywhere and be nowhere. And in between the travels I like to make myself comfortable. Don’t worry, I’ll manage to readjust to the everyday life that’s coming.
Remy is not affected the same way. He just had a great vacation and is eager to get started again in his regular routine. As we cycled home from The Hague central station yesterday with a heavy head wind of course, he was as happy as can be, and I went more silent every kilometer closer to home.

We still owe you an explanation for what it is that we like about Japan (see: Konichiwa Japan, fourth paragraph).
Remy was right: you know what to expect from the Japanese. Their punctual and strict. Whatever situation you find yourself in to, they’ll always stay pleasant and polite. And if someone did something wrong in traffic, then both parties apologize. Correction: apologize a couple of times (in the Netherlands you’ll hear ‘hey idiot, can’t you watch where you’re going?!’, in minor cases.
That’s nice. People are not mad so quickly or try not to show it. The atmosphere is harmonious and respectful.
But I was right too: we never stopped wondering or being amazed. Almost nothing goes as planned or expected and were surprised countless times by what we saw or heard, what we had to do or not do. And fair is fair, we did get annoyed sometimes “oh no, typically Japanese.” Sigh....

These two aspects, plus camping wherever and the fact that we felt very safe - as well in traffic as among other people - makes Japan a great country to cycle through for us. Apart from that, the culture and history of Japan is very interesting to us.
And Japan is beautiful. The country is nine times the size of the Netherlands, has 127 million people and is three quarters mountainous. The useable areas for living and agriculture is only 10% which makes some cities the most densely populated areas in the world.
The non-populated areas are wonderful, but hard to cycle through. The variation between these areas where we wonder or are amazed, is ideal for us. In a couple of years we would like to cycle through Japan again and then from Tokyo to Hokkaido in the north. Who knows...

We would like to thank a couple of people and organizations that made this trip very special for us, or helped us to make it easier for us. In chronological order:

Finally we have some statistics:

And who knows, until next time:
An-nyeong, South Korea!
Sayonara, Japan! 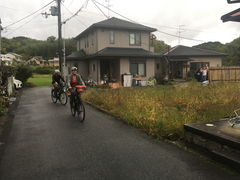 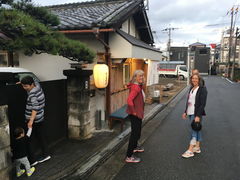 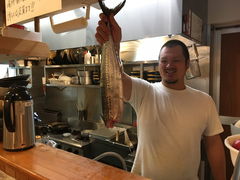 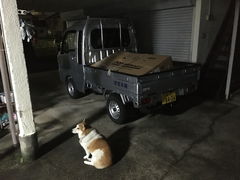 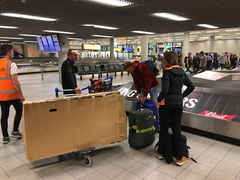 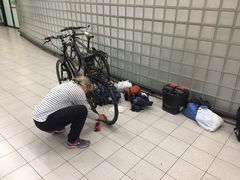